Got up at 07:00 and only then thought that perhaps the missing axe might be in the wood shed – Duh! 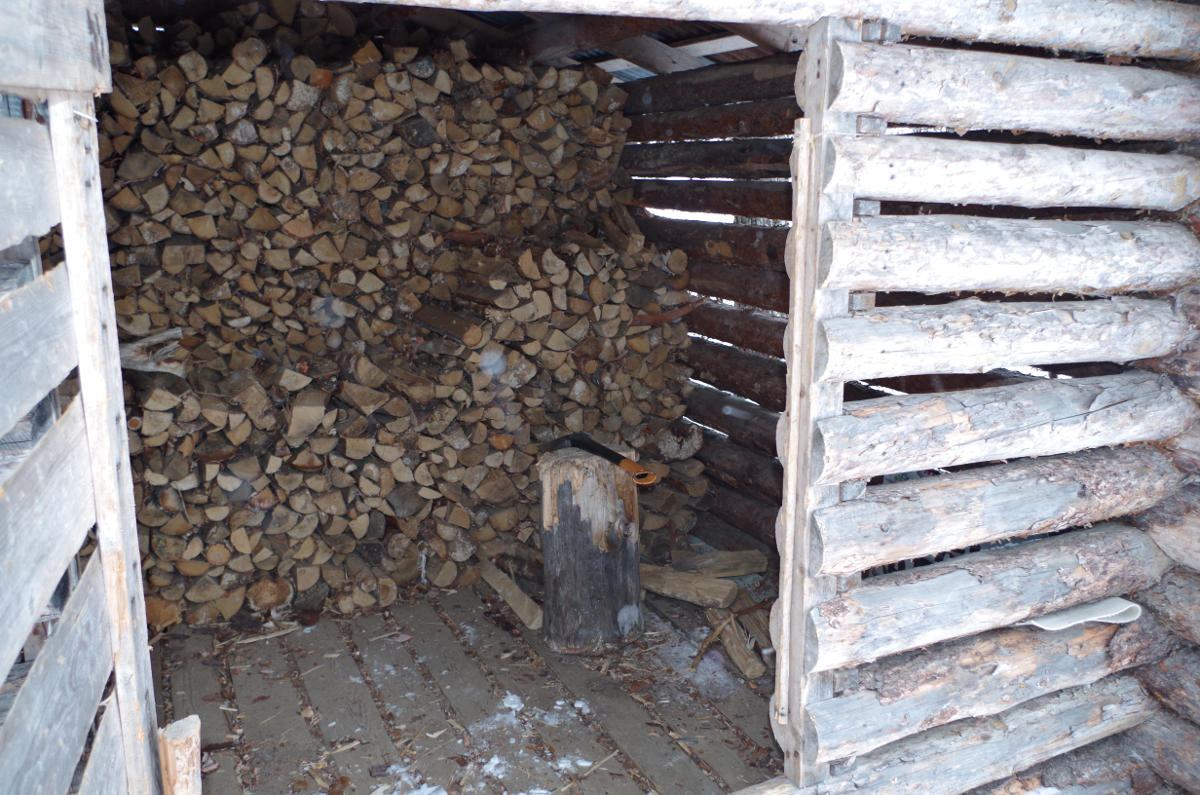 Given a lift to the farm, Old safari house completely gone following October fire and now just an area of snow.
The guides managed to find most items I needed except snow shoes – which was a pity as they might have come in useful later. I was allocated a brand new sledding suit, boots and sled bag as these are all things which were lost in the fire. Unfortunately, Timo confirmed that my personal kit which I had left at the farm was not covered by his business insurance.
This year’s team are:

Regular readers might recall that I had Kattla in 2017.

Got away at about 1100 trying to head for Tilsa. Unfortunately I was significantly hampered by not being able to use the new GPS wrist case sewn for me by Sophia as the straps kept coming loose. This made navigation very difficult and I ended up doing one large loop twice.

It was not very cold, but snowing steadily and rather windy out on the lakes. This made it hard for the dogs to follow the trails in open areas and at one point on a swamp the leaders lost their way and wandered into deep snow. It was very hard work to turn them and they succeeded in pulling the sled back over me and trapping me for a short period.

I finally found my way to Tilsa and spent some time trying to resolve the wrist case problem. I managed to fix it by reversing some of the clips (hard to describe without a diagram). The straps are now a little hard to tighten but they hold. This made navigation after lunch much easier.

I left Tilsa hoping that I could drive west along the bottom of Romevaara, but the trail only ran for a short distance. I finally found a route by re-tracing my steps. As always today I was hindered by a shortage of open trails.

Near Tilsa I crossed a large forest track which I have never seen before. Evidently it has been put in by loggers and I must ask the guides where it goes.

The trail across the swamps to Tilsa was only just passable and the dogs nearly lost their way several times. I got back to Kylkeinan at about 15:00 after a short but eventful day. A key task was to open the water hole to get the water for the dogs and this was quite tricky as the heavy snow had obscured the water hole. Fortunately, searching in the snow I stumbled over a block of ice from which I then started digging.